COMMUTERS have been warned to “stay at home” as the “hottest day ever” will buckle railway lines this week.

The mercury is set to soar to 39C tomorrow, smashing the current record of 36.7C recorded at Heathrow Airport in 2015. 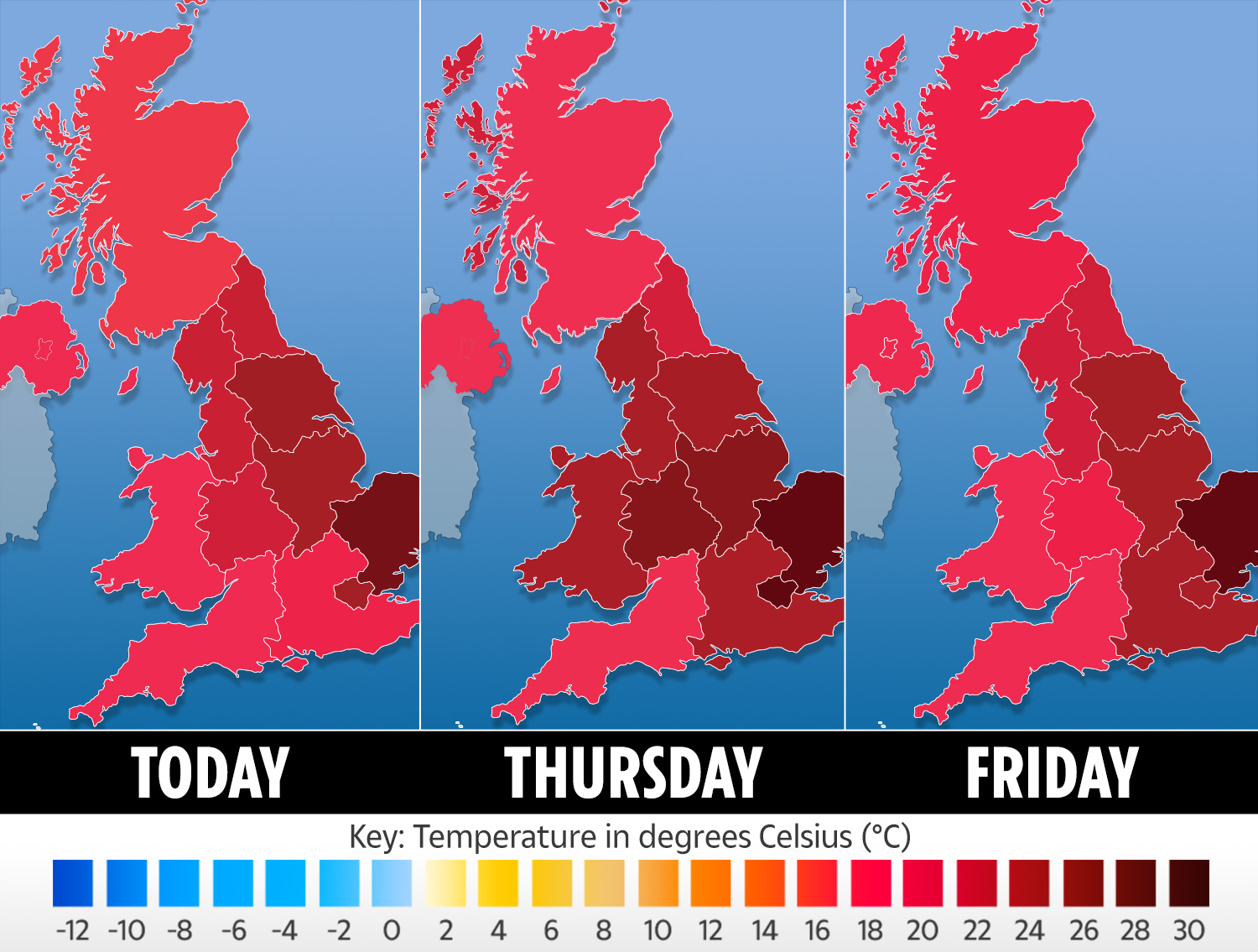 But the extremely hot temperature, which might feel like 44C according to some forecast models, will affect train services.

When in direct sunshine, the metal rails can get as hot as 50 degrees, Southeastern rail said.

Railway lines can buckle in hot temperatures as they expand and start to curve.

The train company has imposed speed restrictions to “reduce the chance of rails buckling in the heat”.

But with sweltering heat and slower speeds, travel chaos is expected as Brits who do need to travel, bustle to get on to services.

The company said: “We strongly advise you to avoid travelling, if you can. “

This isn’t the first warning issued to Brits ahead of this mini heatwave.

The Met Office with Public Health England (PHE) has ramped up a near-nationwide “heatwave action alert” – one step below “national emergency”.

Elderly people and those with health conditions have been warned to stay indoors during the hottest periods this week.

And the NHS released its top heatwave tips to the public which included drinking plenty of water and using high-factor sunscreen. 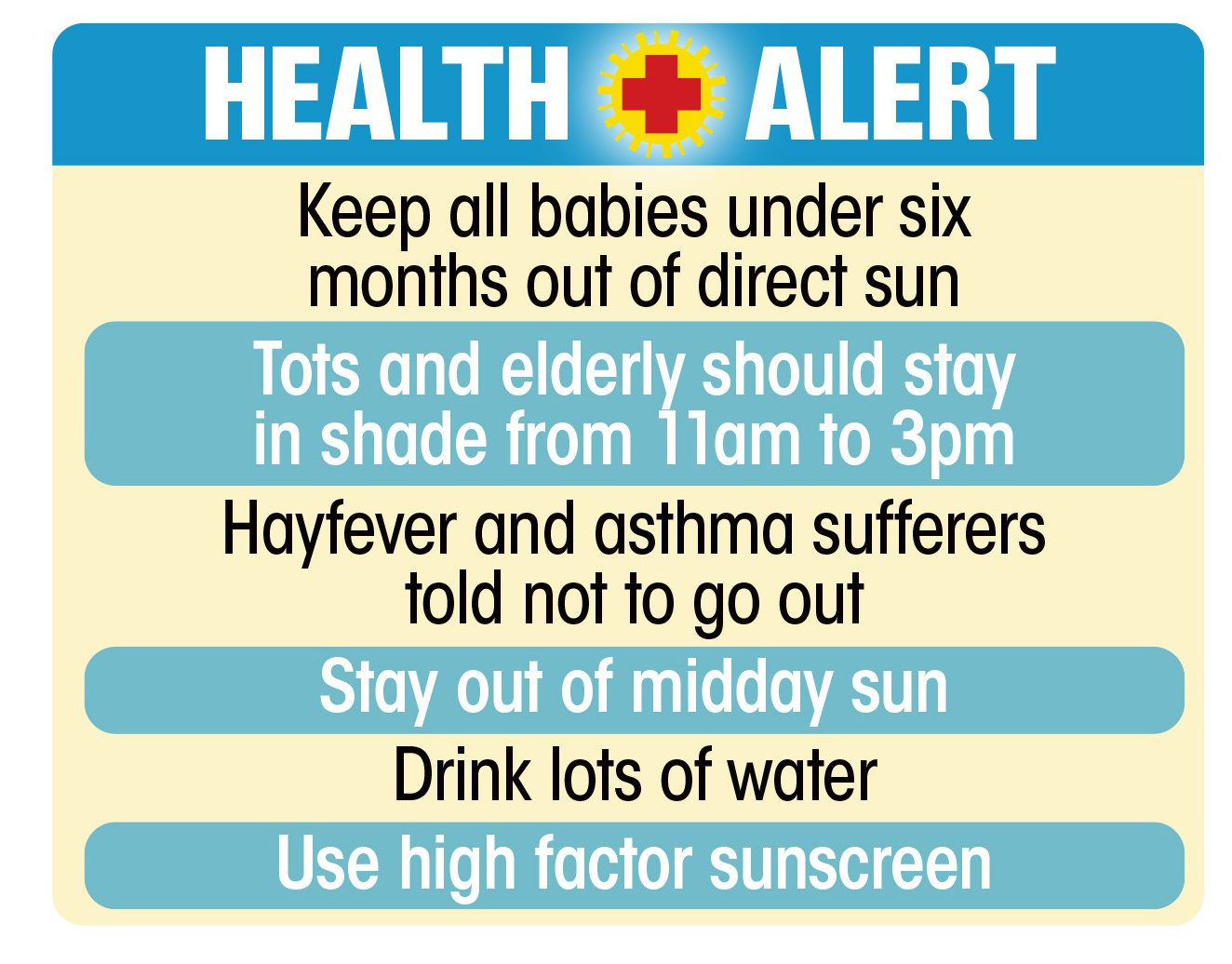 Hayfever and asthma sufferers have been advised to stay indoors as the temperatures soar.

Met Office forecaster Marco Petagna said: “On Thursday we’ll see an east and west split with showers in the western parts of England but the eastern parts will look very hot with 36C to 37C (96.8F).”

He said there was a 60% chance Thursday’s weather might surpass the current July record of 36.7C and a 30% chance of going over the all-time UK temperature record of 38.5C (101.3F) which was recorded in Faversham, Kent, in August 2003.

A yellow severe weather warning for Thunderstorms remains in place for much of England, Wales and Scotland until 9am today.

The Met Office said there is a “small chance” of damage to property from lightning strikes, hail or strong winds causing potential damage to buildings.

It added there is a small chance driving conditions will be affected by spray, standing water leading to longer journey times by car and bus.

Skies across Britain could be about to turn an eerie shade of red as Saharan dust is swept in with the hot air, Met Office meteorologist Alex Burkill said.

He added: “We are expecting to get some Saharan dust coming up and there are also some wildfires across Portugal from which we could see some smoke also coming into the UK.

“There will be a continued risk of Saharan dust through to the end of the week, so there will be some pretty sunsets.

“There are signs of a cold front moving in on Friday which will bring temperatures down by around 10C so it will feel much fresher.”